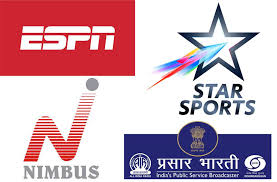 The Supreme Court of India, in the case of Union of India v. Board of Control for Cricket in India[1], has recently held that the live feed of cricket matches received by the Prasar Bharati, under the Sports Broadcasting Signals (Mandatory Sharing with Prasar Bharati) Act, 2007, could only be re-transmitted on its own terrestrial and Direct to Home (DTH) networks. The present blog discusses the factual background of the decision and analyses the decision of the Hon’ble Court.

With the increasing interest of people in sports and the development of modern forms of communications, broadcasting and media rights have become an important source of revenue for the sporting bodies. Such rights are auctioned for significant monetary sums. An example would be the Media Rights Agreement in the present case, whereby Star India Private Limited (“Star”) paid Board of Control for Cricket in India (“BCCI”) a sum of Rs. 3851 crores for the right to telecast cricketing events in India for a period of 2012-2018.[2]

Since such rights agreement are exclusive in nature, a situation can arise in which the viewership of sports becomes limited due to issues of pricing/connectivity. To deal with such a situation, the Indian legislature enacted the Sports Broadcasting Signals (Mandatory Sharing with Prasar Bharati) Act, 2007 (“Sports Act”), to ensure that the broadcasting signals of sporting events of national importance are shared with the Prasar Bharati. Prasar Bharati then retransmits the same through its own terrestrial and Direct-to-Home networks. The aim of the Sports Act is providing access of such sporting events to the largest number of viewers and listeners.

The effect of the conjoint reading of the legislations was that cable operators could carry the live feed of the matches without subscribing to the channels of Nimbus/Star, leading to loss of revenue to the media right owners/holders.

BCCI and Nimbus Communications Limited, to whom the media rights had originally been assigned, had filed a writ petition before the Delhi High Court seeking directions, inter alia, that (i) Doordarshan’s Satellite Transportation Feed of live broadcasting signals of cricket matches to the Doordarshan Kendras and transmission towers be encrypted; and (ii) no television network/DTH network/multisystem network/local cable operator broadcast the matches without a license. However, the single judge bench of the Delhi High Court rejected the prayers, holding that the issues related to policy.

In the meantime, the BCCI entered into a fresh Media Rights Agreement with Star for the duration of 2012 to 2018. Consequently, Star and ESPN Software Private Limited (whom Star has engaged for distribution services) replaced Nimbus in the petition.

The division bench of the Delhi High Court allowed the appeal and the writ petition, holding that the shared live feed of the matches should not be placed in channels of Doordarshan which are to be compulsorily carried by the cable operators under Section 8 of the Cable Television Networks (Regulation) Act, 1995 (“CTN Act”).

Aggrieved by the decision of the Delhi High Court, the Union of India and Prasar Bharati, amongst others, appealed to the Supreme Court.

The CTN Act was passed in order to regulate operation of cable television networks in India. The CTN Act defines who a cable operator is. Further, Section 8 of the CTN Act provides that the Central Government may issue notification specifying names of Doordarshan channels to be mandatorily carried by the cable operators in their cable service. By a notification, DD1 (National) channel and DD (News) channel and one regional channel has been notified as mandatorily required to be carried by cable operators.

The Union of India argued that reading the provisions as being limited to the re-transmission of the signals to only the terrestrial and DTH networks of Prasar Bharati would be against the mandate of the Sports Act. It was also argued that the possible loss of revenue arising to the content rights owners/holder has been taken care of by the virtue of Section 3(2) of the Sports Act. It was finally argued that the mandatory duty on the cable operators under Section 8 of the CTN Act suggests that the Sports Act and CTN Act operate harmoniously in their respective fields and must be read coextensively.

On behalf of Home Cable Network Private Limited and Sopan Foundation, it was argued that in the present case would not attract Article 19(1)(a) of the Constitution and, at best, only the “slice of the cake becomes a little smaller”.

At the outset, the Supreme Court refused to delve into question of whether the live telecast of a cricket match amounts to production of cinematograph film.

The Court then noted that the legislature had not specified any particular channel which must be carried by the cable operators under Section 8 of the CTN Act, and that the obligation to transmit DD1 channel and transmission of live feed of sporting events of national importance was merely co-incidental. The Government could denotify DD1 from the notification under Section 8. With this hypothetical situation, effect and operation of the Sports Act could not be decided on the basis of discretion of the Government.

In light of the discussion above, the Court went on to hold that in light of the language of the Sports Act, the transmission of the feed was to enable Prasar Bharati to transmit the same on its own terrestrial and DTH networks and not to cable operators.

Two aspects of the decision need attention. First is the Supreme Court holding (and affirming the decision of the division bench of the High Court) that the Section 3 of the Sports Act to be expropriatory in nature. In my experience, this aspect has been usually dealt with in cases of land acquisition and taxing statutes. However, undoubtedly, the Supreme Court was correct in applying the principles in the present case.

Second is the fact that the Supreme Court refused to delve into the issue of whether the live telecast of the match would be tantamount to a cinematograph film under the Copyright Act. As has been noted[5], if the Court had accepted the contention, it would have taken away broadcast reproduction rights that could be claimed by Prasar Bharati.

The author Aman Gupta can be contacted at- amangupta.nujs@gmail.com

[2] Paragraph 55, Board of Control for Cricket in India v. Prasar Bharati Broadcasting Corporation of India, MANU/DE/0263/2015

[3] Paragraph 52, Board of Control for Cricket in India v. Prasar Bharati Broadcasting Corporation of India, MANU/DE/0263/2015

I was a super active kid, and loved playing all kinds of games. But badminton struck a chord with me. I could play it relentlessly for hours together. It became my passion eventually turning into my profession. The journey of becoming a professional athlete has its own opportunity cost. During school days I missed many classes while participating in tournaments. My social life took a dip. I prioritized practice sessions over parties. The payoff from these choices is a gamble in the uncertain environment of sports in our country. Sports provided me with opportunities to travel and learn from different countries, people and cultures. It introduced me to values that go beyond the ambit of school curriculum. It has taught me humility while winning, determination while trying and grace while losing. It has instilled confidence and belief in my abilities. But the entry into the professional circuit along with sustenance, progress and maintenance of peak performance is a challenging endeavour. The quality of personalized coaching, family support, access to sports infrastructure, facilities along with sports governance has impacted the progress of my career.
Being an athlete in India has its own set of challenges. I practiced gymnastics for years before deciding to study medicine from Bangalore Medical College. Defeciency in infrastructure and allied facilities made gymnastics an uncertain pursuit. But life without sports was unimaginable. Therefore, I gravitated towards athletics and within 6 months, won a gold medal for the South Zone in heptathlon.
Ultimate Frisbee epitomizes the value of fair play. There is no referee in this sport; players call their own foul and re-do a play if they can’t come to a consensus. The sport is mix-gender and provides an opportunity for all genders to compete together at the international level.
"The public gives us a lot of respect and support. Whenever we enter any ground to practice cricket they immediately try and make space for us and make things convenient. This is extremely helpful especially when there has been very little effort to develop disabled sports infrastructure in the country. But despite of all odds, whether it be lack of recognition from BCCI or negligible government funding, fall short in the face of undying passion of para athletes, enthusiastic public support from private sponsors and benevolent people of Karnataka. Their support along with the amount pooled in by the players themselves is helping the Divyaang Myithri Sports Academy (DMSA) bring in a change in the lives of disabled people through sports.