A Primer on Esports in India-Analysis of the Governance Model 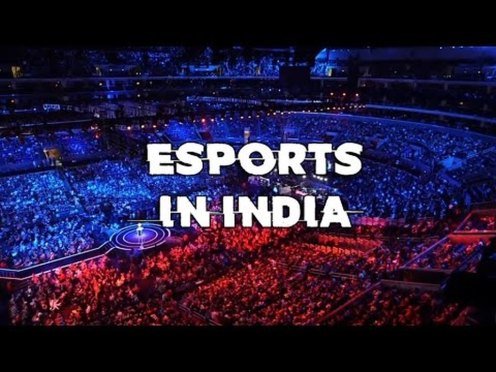 By Rishika Mendiratta ( Founder and Managing Editor of KhelAdhikar)

At their highest level, all competitive disciplines become vehicles for the expression of one’s human potential– Duncan Thorin (Esports Historian)

Esports has become a cultural phenomenon. From being a potential event at the 2024 Olympics to being officially included in the Oxford dictionary in 2015, the growth of Esports has been monumental. The main demographic of the Esports gaming industry is the age group between 18-25 years. It is not uncommon to find youth crammed up in an apartment for two straight days bonding over continuous rounds of e-gaming. Something which was once considered a childhood obsession and youthful indulgence has transformed into one of the most important professional endeavours.

The uniqueness about Esports lies in its transcendental characteristic. The players become the passengers of the virtual world, actively participating in the breathtaking experience literally unbound by geographical limitations. It can be described as a cultural shift in the entertainment sphere.

The Indian Esports market is no longer unexplored. This is because companies such as Alibaba, Nodwin Gaming, JetSyntheses and Nazara have already invested in this sector realizing its increasing potential because of the rise in disposable incomes, coupled with the ease of access to smartphones and internet. According to a study, India has around 120 million online gamers. This population will cross 300 million by 2021. Companies such as Nvidia have organized symposiums such as GamerConnect to bring together the sparse E-gaming community. Earlier this year Confederation of Indian Industry (CII) organized the Indian Gaming Show which also brought the different stakeholders such as publishers, organizers and players on a common platform that assisted in the positive interaction and development of the Egaming ecosystem in the country. The rise of E-Sports cafes and championships in the country has made it indispensable to understand the various law and policy issues around India and the world’s the next sporting revolution.

KhelAdhikar will bring you an analysis of the three most important aspects of Esports in India and globally- Governance, Esports Contracts and Intellectual Property Protection.

The following article explains the International and national framework of governance of Esports.

The governance of Esports is twisted. Intertwined in the confusing confluence between the virtual and real, there have been various attempts to regulate this Wild Wild West. The guaranteed revenue generation from Esports has led to the increase of various Esport leagues. This has necessitated the creation of an appropriate governance model.

The development of Global Sports Governing Bodies (GSB) in traditional sports was an organic regulatory process as a response to the need of standardization of rules.  The distinctive characteristics of Esports and the competing interests of the different stakeholders such as publishers, organizers, and sponsors have made the process more cumbersome for digital sports.

In order to understand the complexity, we need to identify the difference between traditional sports and Esports. Some of the major differences are as follows-

This peculiar characteristics of Esports have led to the unionization of gaming communities in accordance with specific games such as LOL, CS:GO  crew etc.  The uniqueness in this model is the active involvement, such as Riot Games has in the case LOL. Thus, there is an element of corporatization in these unions which provides a stable economic structure for them. In their absence, players will have to resort to self-funding which is a not a viable supposition for these budding networks.

The progress of any sport requires an international federation to be the catalyst for growth. The reasons have already been fleshed out previously while explaining the difference between traditional sports and Esports. The functional overlap between growth and governance of Esports has enhanced the complexities of governance. Even the publishers find it in their best interests to empower third parties for governance. Thus, a global governance body will lay down the charter for international best practices, ensure economies of scale in operation, bring in transparency and accountability in the conduct of the tournaments. Like the specificity of sports in competition law, Esports requires the specificity of the digital games to be taken into consideration while framing the rules of governance.

There have been some attempts at the formation of a world governing body of sports. One of them is International e-Sport Federation (IeSF), It is aimed at constantly improving e-Sports and promoting it in the light of its values – humanitarian, educational, cultural, a unity of purpose and ability to promote peace. IeSF is also the signatory of the World Anti-Doping Code (WADC) and conducts doping tests on cyber athletes. The suitability of IeSF for regulation of Esports is questionable. This stems from the peculiarities of Esports as explained above. Despite the distinctive features of the Esports industry, IeSF is conceptualized on the framework of input legitimacy.  It focuses on national membership, segregation of teams as per gender, uniformity in the application of rules. All this despite the reality that the majority of the Esports are international. Thus, the focus only on national governance in accordance with traditional sports is flawed.

Another organization is World eSports Association (WESA). It was founded in 2016 by a group of E-Sports teams and Electronic Sports League (i.e. largest video game event in the world). WESA aims to professionalize the industry, regulating matters regarding revenues and schedules. It even has an internal arbitration court that operates independently and is open to everyone involved in E-Sports, such as players, teams, organizers and publishers.

The structure of this organization is more suitable for Esports governance. The membership included multi-gaming organizations, Esports teams founded on the model of revenue sharing among the constituents.  Presently its membership is mostly restricted to European countries.

The best way to reconcile the efforts of these organizations and ensure good governance would be for IeSF and WESA to work together. IESF is structured on the lines of other GSB with a national membership. Thus it can help in organising national events. Whereas WESA can oversee the organization of inter-club games and international competitions not founded on national orientation. They can help together in the creation of norms of competitive integrity. IeSF can help in maintaining a hierarchal framework of governance whereas WESA can be the international observer. This will result in better policies as WESA consists of more stakeholders and direct involvement of athletes.

Esports needs unification of global governance. We are moving towards an era where Esports will become synonymous with any other physical sport. It is time the norms are in place to equip us with all the challenges that we may encounter in its organic development.

In India, presently the Esports Federation of India (ESFI) is the governing body for digital gaming. It is a member of IeSF and Asian Electronic Sports Federation (AESF). The fact that the Director of ESFI is also the Vice-President of AESF might create a situation of potential conflict of interest but it is only a minor aberration. To begin with, ESFI may be the governing body for esports in the country but it is not a national sports federation (NSF). This is because to be an NSF, there is a requirement to be recognized by the Ministry of Youth Affairs (MYAS) on a yearly basis. ESFI was not in the list of NSFs released by MYAS in 2017 or 2018. As per the National Sports Development Code of India 2011, (Sports Code), the eligibility to be a NSF requires there should be membership of international organizations, recognition from Indian Olympic Authority (IOA), and active efforts by the Federation for the development of sports in the country, financial and managerial accountability, democratic election, transparency in governance, availability of required infrastructure.  The lack of recognition by MYAS means that all the requirements to be an NSF have not been complied with.

Just like BCCI is not a national sports federation, but still the governing body of cricket in the country in the absence of any other competing body, presently ESFI is also the nodal body for esports governance in India. The difference is IOA’s approval is mandatory to be NSF for Olympic and Asian games sports. This is because it responsible for sending the entries for these competitions from the country. Cricket faces no such difficulty as the tournaments are only conducted by the ICC. In case of Esports which is a demonstration sport in 2018 Asian games, and included in the 2022 Asian Games, coupled with its potential inclusion in Olympics in 2024, India needs a governing body which is compliant with both the Sports Code and international governance norms. The need of hour has been identified by Ronnie Screwvala who is speculating talks with MYAS to create a proper ecosystem for governance.

As we take pride in being one of the upcoming potential biggest gaming hubs of the world, one can only hope the governance is modelled in compliance with the existing norms of the Sports Code and IOA requirements.

Next week we will bring you an analysis of player contracts and Intellectual Property Protection framework for Esports in India. Stay tuned!!

There was an error retrieving images from Instagram. An attempt will be remade in a few minutes.