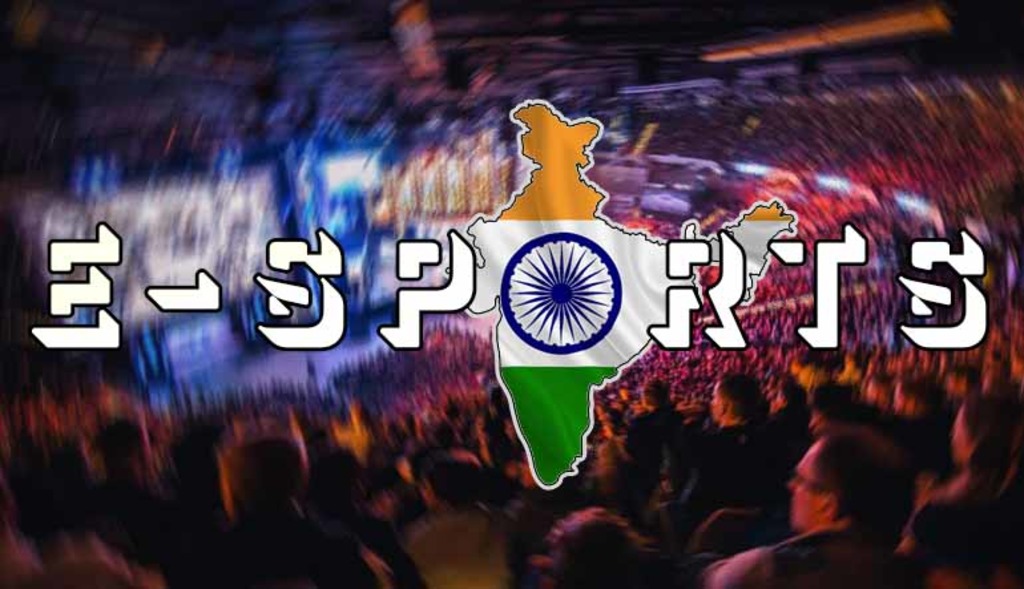 Last year in December, Indian parliamentarian Mr. Shashi Tharoor introduced a private member’s bill titled as “The Sports (Online Gaming and Prevention of Fraud) Bill, 2018 on regulating gambling on all online platforms. The bill drew its inspirations from UK’s Gambling Commission and much of its content was skeletal in nature, leaving a lot of its powers in the form of delegated legislation which was to be finalized by the executive. While the expectation of this bill turning into law was very slim if not impossible, it did start a conversation regarding regulatory issues pertaining to online gambling platforms (Hereafter, ‘OGPs’). Needless to say the proposed bill would have also led to control over gambling on Esports as almost the entirety of such gambling transactions are on OGPs. However, since then the clamour over regulation of online gambling has fallen down and the situation has come back to square one. This blogpost tries to revive this debate in the context of Esports by trying to explain the urgent reasons behind bringing a regulatory regime over OGPs especially in light of the industry’s spectacular growth. It further delineates the responsibility that each stakeholder in the Esports community would have to undertake in order to achieve the goal of sustainable growth.

While gambling per se is illegal in India, it has found its place into the Indian market through online platforms. Till now only a few Indian states such as Sikkim and Nagaland had made attempts to regulate such platforms leaving it unregulated in other states. Even these regulations are highly limited in their scope, for e.g. the legislation enacted by Sikkim only covers gambling through internet parlours located within the state, giving a freehand to OGPs located outside Indian jurisdiction. Hence, as of now these OGPs are readily accessible to any individual irrespective of their age or financial status.

Additionally, Indian Esports have been growing at exponential rate and currently has more than 120 million online gamers. With the value predictions looming in excess of $1 billion dollar, it surely raises eyebrows and the industry surely has responded by setting up additional game developing companies. With increasing popularity in Indian households as validated by a recent survey, Esports was placed second after cricket as ‘most likely to bet’ on OGPs proving the game has already started inviting Indian gamblers into its fold. This new found market for Esports gambling along with no regulation has provided OGPs an opportunity to cater without any hassle that could lead to a lot of problems discussed below.

The Need for Regulation

Firstly, as discussed in an earlier post, the entire Esports governance structure hinges on game developers for the sole reason that they retains absolute control over the intellectual property on which these games are based. As a result until these developers don’t have strict policies regarding gambling and its enforcement, users have a freehand and face no deterrence for indulging in online gambling. This leaves the state with the sole option to regulate such OGPs through law. Secondly, Esports gives gamblers variety of options by treating in-game virtual items as those holding real commercial value. Examples include Skin betting in CS:GO or FUT Coin in FIFA. This increases the chances of various pathways through which gambling could be conducted rendering its control even more chaotic. These two features combined gives an unfettered liberty to gamblers which if left unregulated to high-risk betting, frauds and other related issues. As per recent behavioural research, it was reportedly found that Esports gamblers had “more significantly greater gambling involvement both in terms of breadth of activities used and frequency of use.” Hence, the current scenario of unregulated OGPs could lead to irresponsible gambling and harmful practice of gambling addiction.

In the long term scenario, this could ultimately lead to loss of ‘integrity’ of Esports. Firstly, with mushrooming of ‘cash-rich’ domestic tournaments coupled with increasingly cheap data prices will result in more popularity and growth for Indian Esports. This would invariably create a huge commercial opportunity for these OGPs but also the scope to indulge in corrupt and unethical practices. The prior experience of Esports in other countries speaks for itself as unregulated environment has led to match fixing, illegal betting and even entire shutdown of established Esports tournaments.  It is also not the case that Indian gamers are unwary of such unethical conduct as last year only one of our very own Esports professional got suspended for five years when he was caught cheating in a tournament. These incidents collectively results in loss of public trust over fairness and the competitive nature of sport resulting in its eventual decline. A policy of overlooking this aspect could be fatal for a sport that has just found its roots in Indian culture and hence it is imperative that the Indian Esports community comes together to bear its responsibility to achieve sustained and positive growth.

Sharing Responsibilities in a Community based Regulatory Framework

Esports doesn’t have a hierarchical governance structure like traditional sports nor can a regulatory body have upper hand over game developers, which means traditional regulatory models cannot be implemented straight across to them. Though this provides an attractive flexibility, it is pertinent that every stakeholder in the E-Sport community takes a prominent interest in establishment of a regulatory regime lest it falls prey to integrity scandals. Some of the key responsibilities every stakeholder has to undertake is as follows.

In the case of game developers, the reputational damage that they can potentially receive by being apathetic to these integrity issues is far worse in comparison to playing an active role as a regulator. We have already seen blanket ban orders banning a popular mobile game on account that it promoted violent behaviour and affected academics but can only imagine the repercussions if the game was showcased as supposed to be promoting illegal betting and gambling addictions. Even if they don’t want to meddle in this area, the minimum they could do is to invest in and maintain an independent regulatory body across similar genre of Esports.

In the case of tournament organizers it is recommended that they contain rules and regulations covering all types of integrity issues which on violations result in sanctions applicable across different tournaments. To do so all organizers should come together to conduct research and provide cooperation stretching across various countries. Additionally they should team up with broadcasting platforms to spread the importance of integrity and negotiate negative treatment for those who fails to keep up in complying with good practice as specified by the regulatory body.

As in traditional sports, Esports players and teams need to undertake their responsibility for understanding the regulatory regime and subsequent compliance. Additionally, teams should also shoulder an active responsibility for educating for they act as role models for future Esports professionals. Both player and teams must consider setting up their own representative bodies. All the above mentioned stakeholders, i.e. game developers, tournament organizers and players should mandatorily be part of an independent regulatory body which sets out the parameters of good industry practice and also act as an adjudicating body for all disciplinary violations whose decisions must be publicly available.

Betting operators are also an important part of this regulatory framework wherein they analyse and identify ways to detect suspicious gambling activity especially when we consider that the market product is still new in comparison to other sports. They should co-actively share betting information to regulatory bodies for these OGPs are the primary sources through which match fixing trends can be first identified.

Finally state law enforcement should clearly define illegal gambling activities so that certainty can be achieved in risk management. Regulation and rules must be clear and it must commit to active sharing information with every stakeholder especially the betting operators as well as the independent regulatory body. A complete implementation on these lines would be sufficient to help establish a competent regulatory regime and sustained growth for Esports in India.

It is said that ‘those who cannot remember the past are condemned to repeat it’ and sport historians fondly remind us that many sad demises of certain ‘promising’ sports have its cause in the malady of ‘integrity’. Though it is true that much progress lies ahead in creating a robust regulatory regime, it is also equally true that the Indian Esports community would face tough challenges in coming times. Further engaging a diverse stakeholder process with integrity as its focus should definitely be the aim, in order to achieve sustained growth and establishment of Esports as a household name. It is expected that the Indian Esports community would read the challenges beforehand and lead itself towards the road of sustainable development of this burgeoning sporting hemisphere.

I was a super active kid, and loved playing all kinds of games. But badminton struck a chord with me. I could play it relentlessly for hours together. It became my passion eventually turning into my profession. The journey of becoming a professional athlete has its own opportunity cost. During school days I missed many classes while participating in tournaments. My social life took a dip. I prioritized practice sessions over parties. The payoff from these choices is a gamble in the uncertain environment of sports in our country. Sports provided me with opportunities to travel and learn from different countries, people and cultures. It introduced me to values that go beyond the ambit of school curriculum. It has taught me humility while winning, determination while trying and grace while losing. It has instilled confidence and belief in my abilities. But the entry into the professional circuit along with sustenance, progress and maintenance of peak performance is a challenging endeavour. The quality of personalized coaching, family support, access to sports infrastructure, facilities along with sports governance has impacted the progress of my career.
Being an athlete in India has its own set of challenges. I practiced gymnastics for years before deciding to study medicine from Bangalore Medical College. Defeciency in infrastructure and allied facilities made gymnastics an uncertain pursuit. But life without sports was unimaginable. Therefore, I gravitated towards athletics and within 6 months, won a gold medal for the South Zone in heptathlon.
Ultimate Frisbee epitomizes the value of fair play. There is no referee in this sport; players call their own foul and re-do a play if they can’t come to a consensus. The sport is mix-gender and provides an opportunity for all genders to compete together at the international level.
"The public gives us a lot of respect and support. Whenever we enter any ground to practice cricket they immediately try and make space for us and make things convenient. This is extremely helpful especially when there has been very little effort to develop disabled sports infrastructure in the country. But despite all odds, whether it be lack of recognition from BCCI or negligible government funding, fall short in the face of undying passion of para athletes, enthusiastic public support from private sponsors and benevolent people of Karnataka. Their support along with the amount pooled in by the players themselves is helping the Divyaang Myithri Sports Academy (DMSA) bring in a change in the lives of disabled people through sports.